September 2015 Bike Of The Month 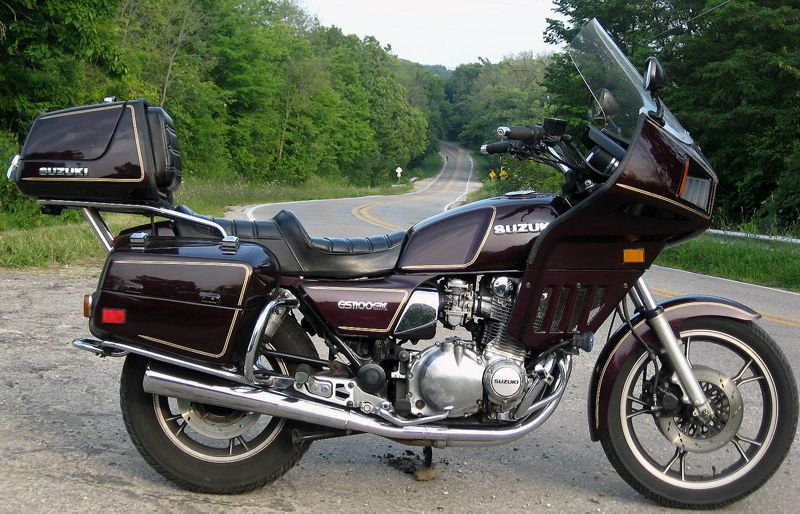 A Note From The Owner...

When I got the GK home I could not get it off the trailer cause the rear brake was locked up, and then I found it was hard to start (should have been suspicions when it was running when I got there). Also found many bolts terribly overtorqued. Four of the cam cap bolts snapped about as soon as I touched them. I took care of those problems, and then it did "clean up".

I got the GK although I was not completely sure I wanted a bike with such a large fairing. Had it for just a couple weeks when I was on a ride, stood up on the pegs to stretch my legs, and about got blown over by the wind blast, I had forgotten about that real quick.

Had been on GSR for a few years when wife and I were going to visit friends in Texas, March 2005, and I noticed that some guys on GSR were having a "Texas Hill Country" rally that same time, about 200 miles from where we were going to be. So I trailered bike (850G at the time) to Killeen TX and then rode and just showed up unannounced at the rally. Had a great time. Quite memorable. One guy ("Giblet") had a GK. I had never seen one before. I don't know if I even knew that such existed.

Then I also went to Brown County rally that May 2005, and have been back as many years as I could.

Have meet many great folks through the GSR.